Dr. Bathurst is co-founder and Executive Director of Safe Humane Chicago, a first-of-its-kind organization based on the concept that a humane community is a safer community. Safe Humane Chicago incorporates its mission to inspire positive relationships between people and animals into non-traditional programs that benefit youth, veterans, and Court Case Dogs through advocacy, educational outreach, and hands-on programs in communities challenged by crime and a lack of needed resources.

In 2009, she was the recipient of the AVMA Humane Award, which is given to a non-veterinarian who has advanced animal well-being, shown exemplary dedication to the care of animals, and contributed to animals and society. She is also Acting Chair of Chicago’s Commission on Animal Care and Control.

Dr. Bathurst has also been involved in developing resources for law enforcement on encounters with dogs. She was co-author of the U.S. Department of Justice manual “The Problem of Dog-Related Incidents and Encounters” and the Content Producer for the video training series: “Police and Dog Encounters: Tactical Strategies and Effective Tools to Keep our Communities Safe and Humane.”

Dr. Bathurst brings unique experience in human/canine community programming and partnerships with law enforcement to National Canine Research Council as an advisor since 2010. 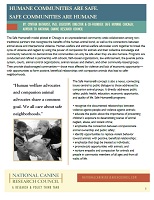 The Problem of Dog-Related Incidents and Encounters" 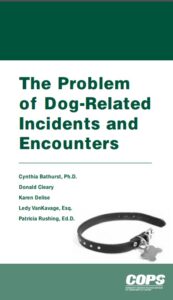 Police and Dog Encounters: Tactical Strategies and Effective Tools to Keep our Communities Safe and Humane 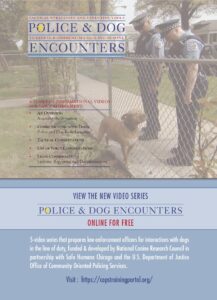