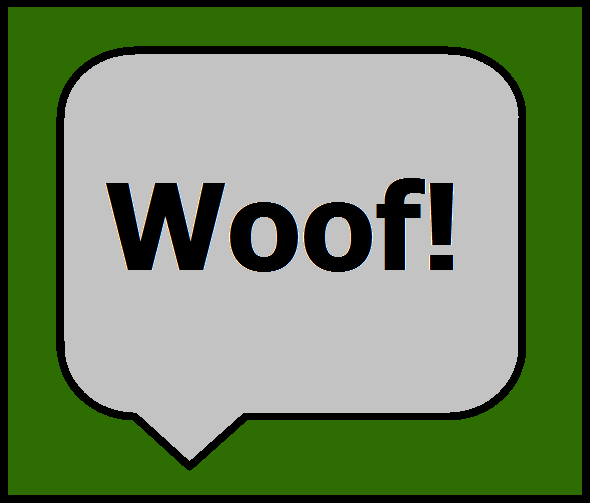 Dr. Rachel Casey from Bristol University in the UK, and colleagues, recently attempted to estimate the number of dogs barking, lunging, growling or biting – the behaviors they grouped together under the term, aggression[1] — and to see if they could identify decisive causes of such behavior. Of more than 14,000 UK dog owners surveyed, 3,897 replied, answering questions about their dogs’ responses to family members, to unfamiliar persons away from the house where the dog lived, and to unfamiliar persons entering the house where the dog lived.

Context turned out to be very important, based on Dr. Casey’s survey. Barking, lunging, growling or biting appeared to be responses to both the dog’s relationship with the person (stranger vs. family member) and to the specific location (inside or outside the dog’s home), rather than evidence of a single personality trait. This meant that a dog that growled or barked at a stranger entering the house might solicit interaction when meeting the same person on a walk. And neither reaction predicted how he was likely to act toward family members[2].

Dogs may be reactive in one situation, but not be so in other contexts, the authors concluded. The reverse may also be true, all of which is further evidence of the importance of understanding one’s dog as an individual, with his/her own life experience. “Dog owners and members of the public need to be aware that any dog could potentially show aggression if it is anxious or feels threatened,” the authors advise, “even when it has never done so before.”

Further, no single factor explained more than a small amount of the differences between dogs that showed the behaviors of interest and those that did not show them. No demographic factor, including the breed descriptor that the owner used for his/her dog, could predict that a dog would bark, lunge, growl or bite.

Only a small percentage of the owners surveyed by Dr. Casey’s team reported that their dogs had ever bitten or even threatened anyone: 3% of the UK owners reporting threatening behavior toward family members; 7% toward unfamiliar persons entering the house; and 5% toward unfamiliar people when away from the house. A much publicized American survey of owners reported 4.7% of the dogs as aggressive toward strangers and only 2% of the dogs aggressive toward the owners[3]. (It is not clear from the published paper the context in which the dogs were aggressive toward strangers, or whether the term owners was meant to include other family members.) However, findings on this topic are by no means consistent. A large Canadian research project, for example, reported that as many as 15% of the dogs had bitten a familiar person, and 41% had growled or snapped[4].

None of these studies reported on the severity of any biting incident, or whether the person bitten had felt it necessary to seek medical attention. In our risk-averse culture, we are inclined to equate the term “dog bite” with a medically serious outcome, when in fact dog bites are a far less severe than any of the other, more common categories of injuries. The study in question, for example sought to capture all dogs in the survey who had lunged, growled, barked or bitten at anyone at any time in the dog’s life.

In the 1990’s, The Family Dog Project at the Eötvös Loránd University in Budapest began its research into canine cognition and the human-canine bond. Dogs evolved to survive in a world controlled by human beings. Their research has shown that dogs seem to prefer joining human groups; and that the closer the bond between a dog and his/her owner, the more likely the dog was to look to that owner for clues in how to behave.

Dr. Casey’s report concluded that any case of biting or threatening behavior should be evaluated on an individual level. That evaluation might well begin with the quality of the dog’s relationship with the owner, extent of the dog’s integration into the family unit, and the opportunities afforded for the dog to learn appropriate behavior through interaction with humans on a regular basis in positive and humane ways.

Finally, it is worth asking ourselves whose welfare is more threatened by these behaviors, which public health databases tell us are not significant sources of injury. Human beings? Or the hundreds of thousands – possibly millions – of dogs euthanized every year, either because they showed those behaviors, or because someone was afraid they might.

Dogs can be remarkably tolerant of us, more so than we are of them. Out of respect for their tolerance, and due regard for the consequences of our intolerance, we should make the effort to understand the canine behaviors which alarm or frighten us, from the dog’s point of view.