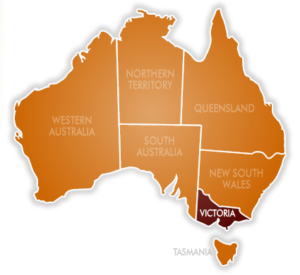 The City of Monash has spent almost $100,000 defending itself in court cases involving dogs targeted by the breed-specific provisions of Australia’s Domestic Animals Act.

Cardinia, a suburb of Melbourne, spent $80,000 on a single case involving a dog that the court later determined should not have been taken. The dog was returned to its owner.[1]

Whatever their views of dogs and policies that improve community safety, Monash, Cardinia, and other communities have seen their tax dollars wasted on court cases as a result of the regulations issued by the state government of Victoria.

In September 2011, Victoria’s Minister of Agriculture and Food Security, Peter Walsh, doubled down on the breed-specific provisions of the national and state laws, declaring that the dogs targeted under that act had “lost their right to exist.”[2] Walsh ordered that all unregistered dogs of the targeted breeds and appearances be seized and killed. In conjunction with this merciless decree, the stated aim of which was nothing less than extermination, the Ministry issued a 20-page “Standard for Restricted Breed Dogs in Victoria,” setting forth elaborate physical specifications of the dogs to be confiscated. Minister Walsh’s Standard was illustrated with photographs and charts.[3]

In June of 2013, The Age, a leading paper in Melbourne, reported that the costs to cities and towns of enforcing Minister Walsh’s decree were mounting, in connection with legal disputes over whether or not the dog at issue was subject to seizure pursuant to the Standard. A judge sympathized with an officer as he vainly attempted to explain a breed identification he had made, commenting, “You’re thinking, ‘I didn’t write this rubbish.’ God knows who did.”[4]

Australian enforcement officers and judges are struggling with a problem that has been well-documented through surveys conducted at the University of Florida and Western University of Health Sciences. Observers, including those who work in dog-related professions, frequently disagree with each other, and with DNA results, when attempting to breed label dogs of unknown parentage.[5] Twenty pages of government regulation do not alter this state of affairs.

Adding to Victoria’s embarrassment and community outrage, Monash Mayor Geoff Lake complained to The Age that the Minister is “missing in action,” and has declined repeated requests for a meeting to discuss how “his laws that he is responsible for are failing Victorians.”[6]

“The courts continue to scratch their head,” Mayor Lake said, “with how they [the breed identification criteria] are to be applied,” likening the attempts to trying to visually determine a person’s ethnic heritage. The regulations are “clumsy, unscientific and subjective,” Mayor Lake asserts, and “dog owners are being denied fundamental justice and fairness and it leaves the community exposed because it’s not working.”[7]

The Age also reported that, notwithstanding the costly attempts to comply with the state decree, breed-specific regulations have had no effect on the number of dog bite-related injuries reported.

Breed-specific measures are opposed by the Australian Veterinary Association and Australia’s RSPCA. At the time Minister Walsh issued his regulation, he enjoyed the support of Lost Dogs’ Homes, Victoria’s largest animal shelter. As of April 2014, according to The Age, faced with an indisputable record of confusion, costly litigation, and a failure to improve community safety, the Lost Dogs’ Homes stated that its position was now “under review.”[8]

In 2009, the Victorian Injury Surveillance Unit (VISU) published a survey of dog bite injuries in Victoria. The report showed that the all-age dog bite injury hospitalization rates increased from 1999-2007. In only a few cases did authorities have enough information to name the breed of the dog. Almost two dozen breeds were named. The VISU report pointed out that neither reliable breed identification in bite cases, nor reliable estimates of the breed distribution of the dog population as a whole were usually available. Further, almost half of the dogs in Australia were mixed breed, similar to the population distribution in the United States. The VISU report concluded with a host of recommendations, based upon the best available research. None of those recommendations involved regulating dogs on the basis of breed.[9]

An increasing number of American states have taken an approach opposite to that of Victoria’s. No US states impose breed-specific mandates on their municipalities; and 18 states now preempt their towns and counties from enacting breed-specific regulations, which empowers those towns and counties to pursue breed-neutral strategies that have been shown to improve community safety.

The Age also reports that, in pursuit of Minister Walsh’s goal of extermination, hundreds of dogs have been taken from their homes and destroyed, not because they posed a problem in the community, but because some official had decided that they fit the physical specifications listed in the Standard.[10]

The happenings and results in Victoria are not unique; breed-specific legislation is a waste of tax payer dollars and it has never succeeded in reducing dog bite-related injuries wherever in the world it has been enacted. The RSPCA Victoria supports the “Calgary Model” of Responsible pet ownership of all dogs[11], which requires all dog owners to exercise humane care, custody, and control of their dogs, regardless of the breed or type. Responsible pet ownership laws set acceptable and achievable minimum standards of pet owner behavior, agreed upon by all of the stakeholders within a community. Ineffective laws like breed-specific legislation exact a steep price in tax dollars, fairness, and community harmony. With effective, responsible pet ownership laws, everyone profits.