This paper is included in the research library in the behavior evaluations section because it examines the studies to date which present findings regarding how behavioral incompatibilities between dogs and their owners affect relinquishment. The authors examine the relevant literature and review the lack of scientific support for claiming that there is a causal relationship between specific canine behaviors in the home and subsequent relinquishment. This is the key assumption underlying the claim that behavior evaluations are needed to support lasting adoptions. Thus, this paper essentially examines the presumed purpose of behavior evaluations.

It is a follow-up to two earlier papers. The first, “No better than flipping a coin: reconsidering canine behavior evaluation in animal shelters,” Patronek, Bradley, and Arps (2016), examined the question of the predictive value of behavior evaluations in the event that an instrument of high validity and reliability existed. The second, “What is the evidence for reliability and validity of behavior evaluations for shelter dogs?” A prequel to ‘No better than flipping a coin,’” Patronek, Bradley, and Arps (2019) evaluated every study that had made validity, and/or reliability, and/or predictive ability claims about animal shelter canine behavior evaluations. This third paper addresses the foundation premise behind the perceived need for the administration of behavior evaluations to dogs residing in shelters: an effort to identify behaviors labeled “problems” and assumed to be likely to lead to relinquishment, with an eye to either modifying the behaviors in the shelter and/or limiting the adoption opportunities of the dogs perceived as expressing them.

The authors examined studies in an effort to address several questions:

To address the first question, the authors examined 12 papers that collected reasons for initial relinquishments and 6 that looked at adoption returns. The most important finding here was that only 2 (New, 2000 and Patronek 1996) were actually risk assessments. There appears to be a belief that simply recording owners’ reported reasons for relinquishment constitutes a risk assessment relating to the frequency of reported factors. This is entirely incorrect. Risk assessment is a comparative measure, requiring a control group that is representative of the entire population to compare with the group of interest. A convenience sample (e.g., an open internet survey) would generally be deemed inadequate as a control group, as there is no way to assess the self-selection bias at play. A randomized sample is much preferred as it is more likely to yield results that truly represent the general population. In this case, the population would be pet dogs in general from which the control group would be drawn, while the study group would be dogs who had been relinquished. Only if it can be shown that the factor of interest (e.g., chewing on the owner’s belongings) is more common among the relinquished dogs than among the general population of dogs living in homes, can chewing be said to be a risk factor for relinquishment. If the numbers are roughly same between the 2 groups, it is of no significance. If it is more common among the owned dogs, it may even be protective. The authors found as mentioned above, that this kind of comparison has only been done twice. When various confounds were accounted for, both found some evidence of house soiling as a risk factor, albeit not a very strong one, and differed according to the frequency at which it was actually a factor (the studies described frequency differently).

Patronek and his colleagues also found difficulties in how reported reasons for relinquishment were described and categorized. One of the most problematic was a pattern of lumping all behavioral reasons together, but separating other types of reasons (e.g. economic, lifestyle) into specific reasons, thus giving the behavior related reasons (of which there were usually many) a misleading proportion. A wide variety of responses were solicited, from choosing among lists of specified factors, to open ended questions where the relinquishers named their reasons themselves, to varying descriptions of frequency (e.g., “often” vs. >2X per week), to widely.  Sometimes respondents were asked to choose one reason, sometimes they could choose a limited number or as many as they thought applied, sometimes indicating priorities, sometimes not. It is not possible to assess the effect of all this variation on the findings, nor to make credible comparisons among various studies, so no consensus among the reason collating studies can be seen.

All this said, and given the scarcity of actual risk factor studies, the authors looked at 14 studies that addressed the prevalence of various behaviors among dogs living successfully in homes, in an effort to infer whether owners typically require their dogs to be free of behaviors that commonly appear in relinquishment being reason studies. Most reported half or more of owners either reporting that their dogs expressed behaviors their owners found problematic, but also often report high levels of satisfaction with the dogs. These findings led the authors to conclude that, “Being loved and cherished is not incompatible with having some behaviors or habits owners might prefer dogs not have, if given the choice.” 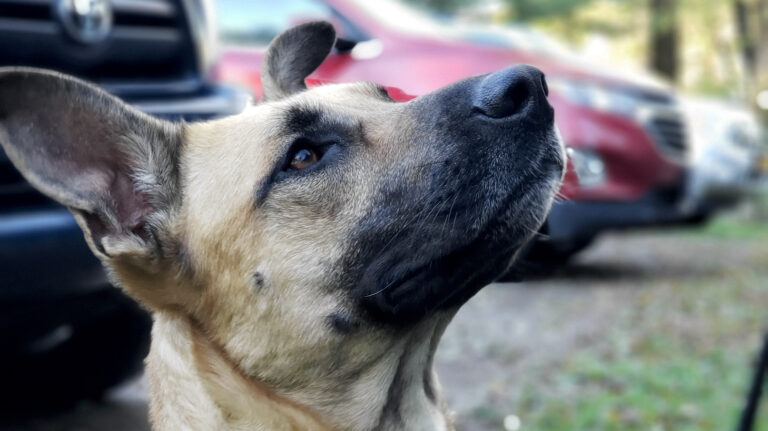